The Illusionary World of Love and Regrets

Dream of the Red Chamber

This is one of the well-known songs from the opera based on the classical novel called Dream of the Red Chamber (紅樓夢).

Legend goes that in their previous incarnation Jia Baoyu (賈寶玉) was a precious stone while Lin Daiyu (林黛玉). was a precious herb which only survived because of Baoyu’s watering and caring. This has created a special bond between them. When they are incarnated as a man and a woman in their current life, they become best friends and lovers.

The song describes the final meeting of the ill-fated lovers on earth. In his grief on learning his Daiyu has died of sorrow because he has been tricked into marrying another woman, Baoyu blacks out. When he comes around, he finds that Daiyu has returned to her former self as a fairy. She tells Baoyu that their relationship on earth has come to an end, because she has repaid him all the tears she owes him. When he realises it has been just a dream, he sadly throws away the piece of jade that he is known to be born with, a symbol of all the love and troubles that have been with him in this life.

In the mid-1960s, Wong Chiu-Kwan learned the art of acting from Master Tam San-San, who excelled in playing the role of the female lead in Cantonese opera. She studied “cheung hong” from Master Lau Wing-Chuen. In the 1980s she performed throughout South East Asia, and became a leading female artist in Cantonese opera after she returned to Hong Kong in the nineties. She is famous for playing female military roles, especially as the general on bound feet. Over the years she has partnered with many leading male artists, including Man Chi- Sui, Yuen Siu-Fai, Lo Ka-Ying, Ng Chin-Fung, Lung Kwun-Tin, Lee Lung, among others in forming various Cantonese Opera Troupes.

Apart from being famous for her mastery of the art of performing on bound feet, she is also recognized for her contributions in promoting Cantonese opera education and community work. In 2010 she was honoured as The Artist of the Year (Opera) by the Hong Kong Arts Development Council, and awarded a certificate by the Home Affairs Bureau; in 2018 she was appointed as the Artistic Director of the Cantonese Opera Rookies’ Performance Series hosted by the Chinese Artists Association of Hong Kong. 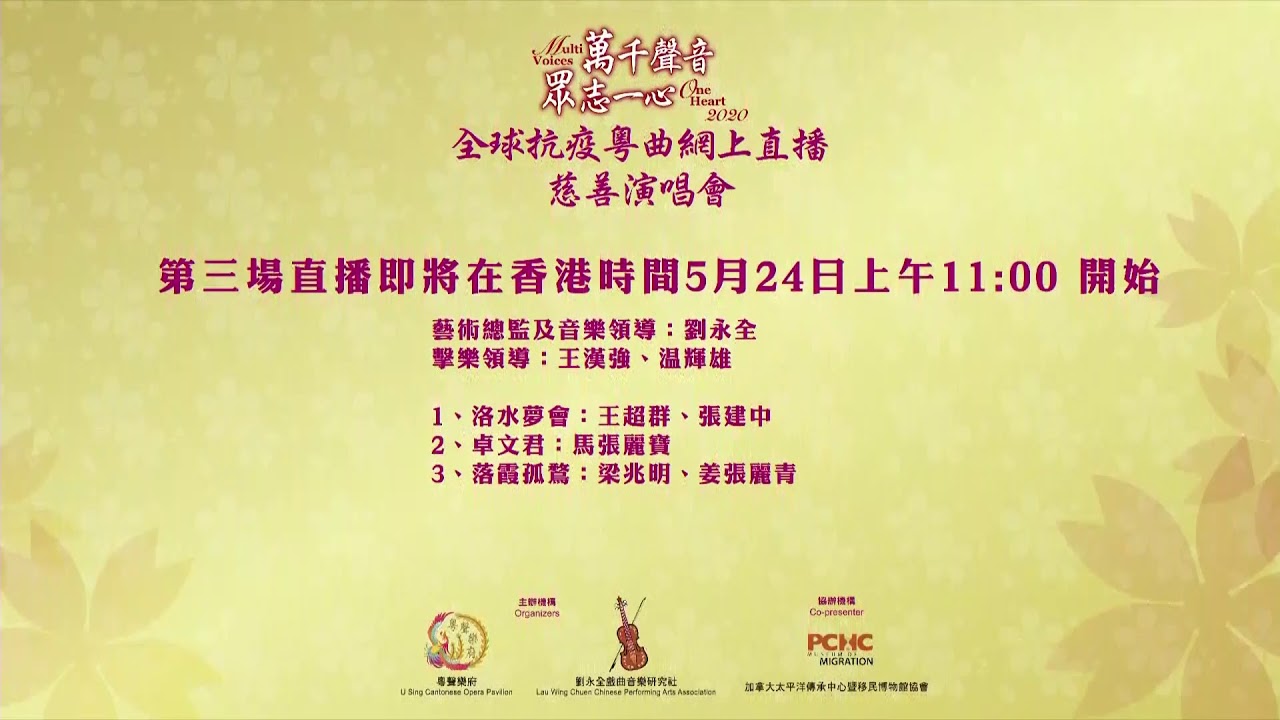 Tears on Poem Written at Night

Looking for the Lost Purple Hairpin

The Trial at the Execution Ground

The song that Charms Marshall Chow

Love Commencing from a Simple Act of Kindness

My Life Ruined Just for Love

Rendezvous on the Terrace

Be in the know

Subscribe.
Be the first to hear of
upcoming events.